The Fia had a total of 60 registered, while the RFEdA and FCA houses a total of 34 vehicles.

For the first time in the history of the race, the number one will be for a Russian team: Alexey Lukyanuk-Alexey Arnautov, whose car had a braking system AP Racing.

They lead the FIA European Rally Championship after their triumph at the Azores Airlines Rally held in March and, above all, because they were the winners of the last two editions of the Gran Canaria event.

Next, Ivan Ares-José Pintor, Surhayén Pernía-Rogelio Peñate (Pagid Racing) and José Antonio Suárez-Cándido Carrera, all with Hyundai i20 R5 and as priorities of the Royal Spanish Automobile Federation.

In this edition of the Canary Islands Asphalt Rally, the young participants in the Junior R2 Scholarship competed.

The mixed character promotion championship that was inaugurated last year by the Royal Spanish Automobile Federation, within its project to promote new talents (Rally Team Spain) 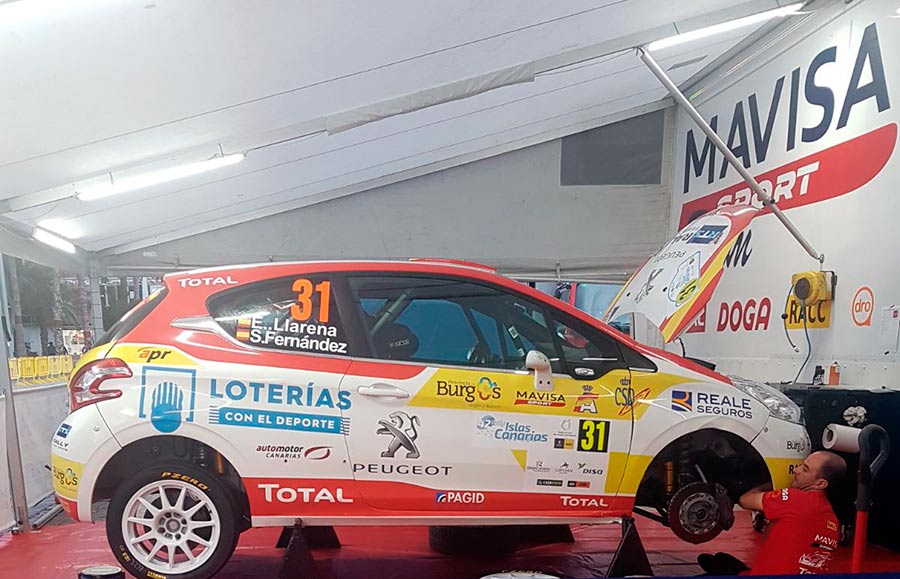 The Canary Islands Rally was the second round of the European Championship that Efrén Llarena faces with the Peugeot 208 R2 that counts not only for the Spanish Asphalt Rallies Championship (CERA), but also, for the first time, for the Fellowship Junior R2.

Finally Llarena had to leave due to an accident, in which both Efrén and Sara Fernández left the car unharmed.

The RFEdA and FCA list counted in this 42 Rally Islas Canarias with a total of 34 registered.

The first two places are occupied by the Suzuki Swift R + N5 drivers who, in the hands of Javier Pardo-Adrián Pérez and Joan Vinyes-Jordi Mercader, aspired to the top positions.

On Wednesday, May 2, the recognitions took place, the qualification stage and the shakedown in the Canary Islands Rally program.

It would be from 11:50 when the teams with priority ERC1, ERC2, ERC3 and RFEdeA made the qualifying stage in the special of 3.43 kilometers.

Its function was to determine which team would first choose the starting order of the first stage.

To be effective in that search for the best ‘chrono’, the teams had the possibility to perform some free practice from nine in the morning.

After the qualifying stage that took a good part of the agenda on Thursday morning, the shakedown was held open to the rest of the teams that signed up for it.

The exit ceremony that filled the Santa Catalina Park to the flag at night.

The Asturian pilot also known as “Rocket” Suarez, was the fastest driver in the Canary Islands Rally.

Despite having several problems with his Hyundai managed to leave in second position to Bruno Magalhaes and third to Ivan Ares.

The first day of the Rally was quite peculiar for the pilots who ran in the CERA.

The first ones to leave found themselves with a wet track, while the rest of the drivers who left half an hour later, had a much drier road, so the grip on the track was much higher.

The second day of the championship started with Suarez strengthening his leadership, but the fight between Magalhaes, Fuster and Ares to get to the podium was impressive.

Finally the top five was formed by Suarez in first position, followed by Malgalhaes in second, Ares in third, Fuster in fourth position and Enrique Cruz in fifth. 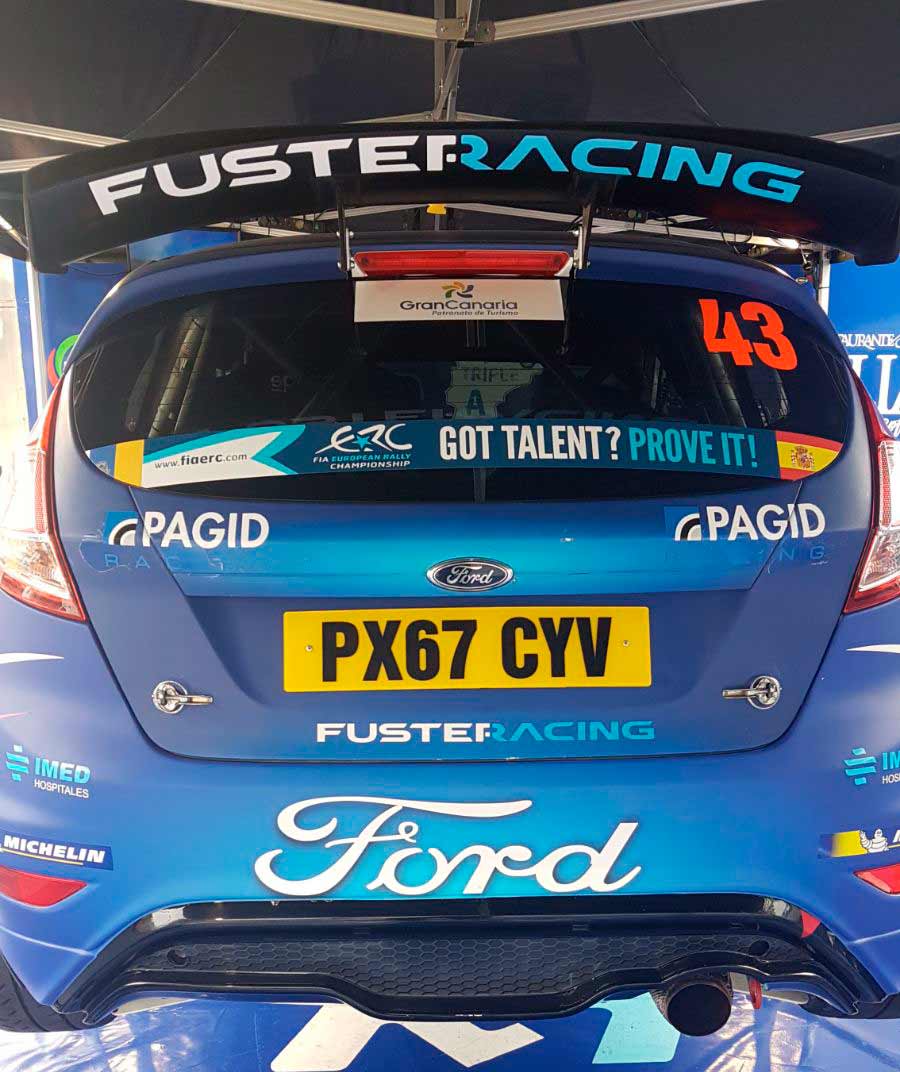 The pilot Alexey Lukyanuk was proclaimed winner for the third consecutive time of the Canary Islands Rally.

The Russian driver was unbeatable in the second round of the European Rally Championship and consolidates his leadership in the Championship.

Behind, Nikolay Gryazin and Fabian Kreim have been placed in the second and third positions respectively.

For more information you can contact us through our telephone number 91.4716114, by sending an e-mail to info@racingimport.com or by visiting our website www.racingimport.com